Reasons Why you Need a Home Security System Part 1

Like most people you have probably thought about installing a home security system. If you don’t already have one, why not? Maybe you don’t think you really need one? 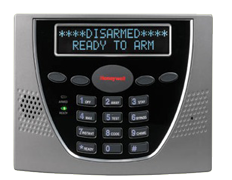 Well, before you put it off any longer, you may want to consider these facts: In 2010, there were more than two million home burglaries in the United States, over 70 percent of which took place in residential homes, reports the Federal Bureau of Investigation (FBI). Victims of these burglaries claimed an estimated $4.6 billion in lost property, and the average dollar loss per burglary was $2,119. These statistics make having a security system seem worth while don’t they?

With this series we will look at the top 5 reasons why you need a home security system. Let’s look at our first reason.

In fact, according to a 2010 study partially underwritten by the Alarm Industry Research and Educational Foundation,burglars spend less than 60 seconds breaking into a home. So, anything that made a house harder to access, including home security systems, deadbolt locks, bars on windows, and pins in sash windows, acted as a deterrent.

What’s more, the Electronic Security Association’s “Home Safety Fast Facts” report, notes that 9 out of 10 burglars avoid homes with alarm systems and said if they did encounter an alarm, they would not attack the home.

The bottom line: Burglars are on the lookout for “soft targets,” so making your home more difficult to access is likely to deter a break-in.