One would think that below freezing temperatures would deter some criminals. However, the idea that cold weather helps to 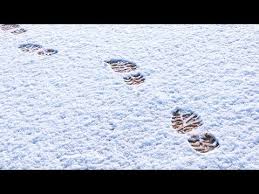 suppress crime rates has never been scientifically proven. Most people would think-sure that makes sense- less people go outside when it is really cold out.

I mean look at Canada. Low per capita crime rate. But again it seems logical. Who wants shovel a drive way, let alone breaking into homes in sub zero temps? But it’s also a logical-sounding theory to anyone who has already had enough of winter. Most of us are pretty mad at Old Man Winter this week that is for sure.

Last year the city of Detroit wanted to see if their current snow storm was the reason for the drop in homicide rates.

Statistics from the past 13 years show many instances where high snow and low temperatures didn’t deter homicides in Detroit. In January 2005, 26.9 inches of snow fell in the Motor City, second only to 2014. Yet the city recorded 40 criminal homicides that month — the most January killings in 13 years.

In January 2009, when the average temperature was a bone-chilling 9.5 degrees, 34 people were murdered. Even when temperatures doubled the next year, in 2010, the number of murders decreased.

“This study should put to rest the myth that criminals stay inside during cold weather,” read a press release from the city.

What do you think? Does cold weather deter break ins?

Better safe than sorry. Always turn your alarm on, no matter what the weather is.

Call Now
Your One Source for Security and Audio/Video Solutions

Your One Source for Security and Audio/Video Solutions